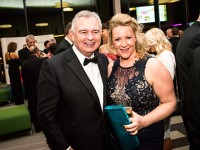 Eamonn Holmes was a fantastic host.

How much has family debt risen by? 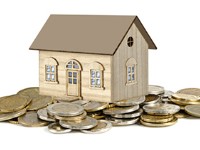 How much has family debt risen by?

The UK unemployment rate fell to a seven-year low of 5.4% in the three months to August, figures have shown.

It was the lowest jobless rate since the second quarter of 2008, the Office for National Statistics said.

The number of people out of work was 1.77 million between June and August, down 79,000 from the previous quarter.

Some 22.77 million people were working full-time in the three months to August, up 291,000 compared with the same period last year.

In the three months to August, workers’ total earnings, including bonuses, were up 3% from a year earlier – slightly less than expected.

Rising pay is a factor used by the Bank of England in considering when to start raising interest rates.

Wage growth remains weaker than before the financial crisis, but has gathered pace faster than the Bank predicted earlier this year.

How much has the UK unemployment rate fallen by? http://bit.ly/ClientNewsletter16102015 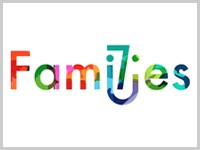 Roy McLoughlin of Master Adviser has urged an international forum of advisers to raise awareness of the crucial role of income protection and to take the Seven Families campaign global.

Speaking at Zurich’s Golden Circle conference in Dublin, McLoughlin who was one of the founders of the Seven Families campaign, said that financial vulnerability was “not just a UK problem”.

He highlighted Zurich research that found that half of more than 6,000 people in Germany, Ireland, Italy, Spain, Switzerland and the UK believe their risk of being unable to work through sickness, injury or disability was less than 10%.

“We also know that the average family in the UK has just £1,000 in savings which is less than a quarter of what they would need to survive financially for three months.

“Add to this picture the challenges of accessing counselling and rehabilitation and we’re faced with the gloomy prospect of millions of people unable to find help to recover or get back to work.”

The Seven Families initiative was launched to highlight this financial vulnerability and show how the right support can help people to rebuild their lives, he said.

He also said this reduced the burden for the government and taxpayers while giving people the chance to look after themselves and their families.

McLoughlin added: “This isn’t just a UK problem. Zurich’s recent study across Western Europe showed that most people underestimate the likelihood of becoming unable to work.

“Half of more than 6,000 respondents in Germany, Ireland, Italy, Spain, Switzerland and the UK believe their personal risk is less than 10%. However, reality shows that the figure is up to one in four.

“This is why we believe that advisers should take the work of the Seven Families project across Europe and beyond.”

He concluded: “Many people still see the state as the main provider of financial support to those no longer able to work.

“But the gradual reduction in social security benefits is taking place in many countries as populations age and national budgets come under pressure.”

How much has unemployment risen by?

How much has unemployment risen by? 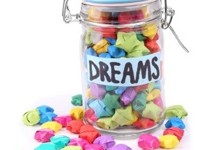 How many people are affected by cancer?

How many people are affected by cancer before they turn 45?

How has the economy’s growth compared to expectations?

How has the economy’s growth compared to expectations?

How much have household premiums dropped by?

How much have household premiums dropped by?
Find out here: http://bit.ly/ClientNewsletter24042015

Economic growth. Just how much has it picked up?

How much has economic growth picked up by?
Find out here: http://bit.ly/ClientNewsletter10042015

Election 2015 - read all the policies that will affect you.

With election 2015 fast approaching read all of the key policies that will affect you here: http://bit.ly/ClientNewsletter02042015

How much has UK unemployment fallen by?

How much has UK unemployment fallen by?

What’s in store for inflation this spring

What’s in store for inflation this spring?
Read the predictions here: http://bit.ly/ClientNewsletter13022015 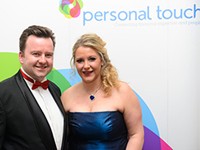 Helen & Richard at the 2015 at the Personal Touch Live Gala Dinner Event in Birmingham.

Great to see everyone!


This site uses cookies to improve your browsing experience. If you agree to their use please continue. Learn more